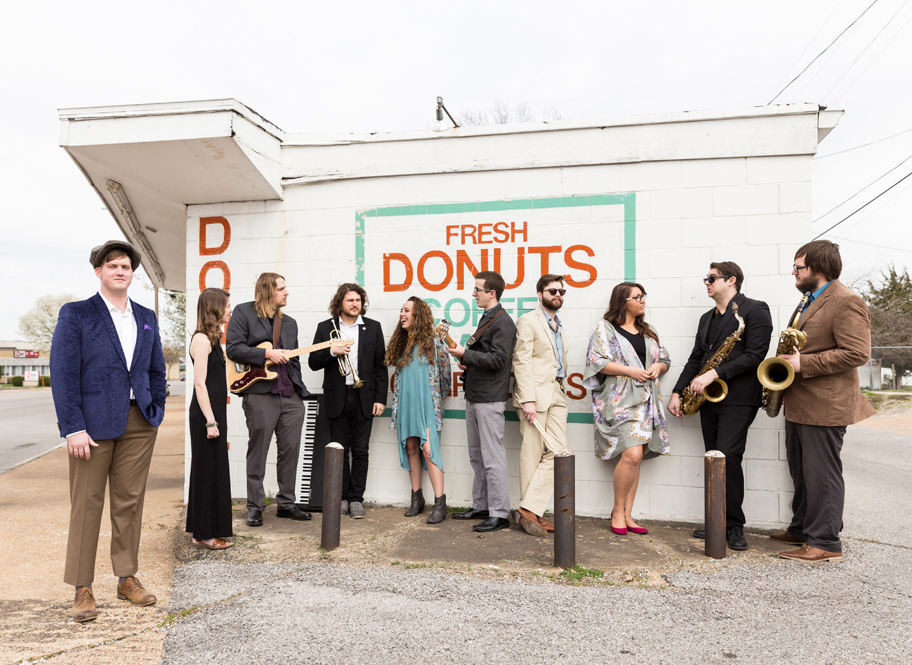 There is just one band family who does their thing the way they do – a band who can sound as hot and as thick as the breath of the Mississippi River in the St. Louis summertime, and can turn around and lay it down as cool as the breeze. Music lovers draw some comparisons to large groups like Delaney & Bonnie and Friends, the Tedeschi Trucks Band, and Joe Cocker’s Mad Dogs & Englishmen - As muich is there is that is there is influences of Taj Mahal, Billy Preston, Leon Russell, and Allen Toussaint – but AL HOLLIDAY & THE EAST SIDE RHYTHM BAND, with the muddy water in their veins – no doubt, come with their very own game. The young man and the band bring a package only describable as essentially American - a sound distinct to the “Big Muddy” and their river city home where the four winds blow.

It’s hard to say just where to file Al Holliday in your stack of LPs.

Is it somewhere between:

No, you just look it up and put it right where it’s supposed to be

Al Holliday, some may say one day, “is a true American Original with a voice all his own.”

There ain’t nothing new under the sun, it’s true – but who was it that said “the genius is the man who is most like himself”?

from their home on the Mississippi River:

have been steady doing their thing

Our story, until now, carries on the spirit and music of our region

And place in space and time:

“Y’all got that *river* beat”, says Andrew Trube of Greyhounds – that’s right: we’re not from Texas.


Until now, when the world headquarters is moving BACK to the IL side to unincorporated St. Clair County...